81 replies to this topic

And I did type it out wrong in the other thread, after all.

What the heck does "Doubles Get" mean?

And i hope one of the almighty admins will sticky this thread. I'll try my best to keep up with updating the first post.

Or, what if we combined it with the Wii thread?

And Dubs Getting is a 4chanism and for the time being I don't have a funny slogan. But yeah, I gotta say that adding friends to my DS is so much better now. Not only the ease and organization aspect, but the seeing what people are doing. I told my buddy Nova to scan my Mii QR Code, and I saw him not only add my request but that he was playing the Mii Maker.

What the heck does "Doubles Get" mean?

And i hope one of the almighty admins will sticky this thread. I'll try my best to keep up with updating the first post. 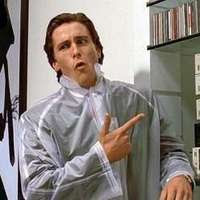 lol, it's just getting a post number ending in 2 repeated numbers. What made you ask though? did BSGM say something and then delete his shit?

I don't have a 3DS yet, but I will someday. I'll make sure to post my code here when I do, but I just don't think I want any games for the 3DS yet.

I don't want SF4. I already have MvC3 and get raped online there. Street Fighter is less fun than MvC3 and I'll prolly still get raped even tho the true hardcore competitors will be on the consoles. Pilot Wings Resort is gay. I'd rather get Wii Sports Resort, which I haven't gotten yet. And all the other games there I'd be getting just to play something a little more fun than the pre-installed shit, which I'll regret wasting money on later on in the future. I'll definitely have it by Ocarina of Time 3D launch, though.

LMFAO, I got dubs with this post. Edit to paste pic of this post's dubs.

That was epic, Plant.

And my slogan on the 3DS friends list is "Doubles Get".


So far, I'm kind of like "eh, I want Nintendogs, eh I want Dead or Alive, but eh not for $40 for either of them."
I'm close to my next $50 Gamestop giftcard, but I may still end up waiting for a while. My first games might just be virtual console titles.

My first games might just be virtual console titles.

Same here. Nothing really thrills me at the moment. The only one that i really even considered is Piliotwings, but i'm kinda low on money right now, and it didn't really seem to 'Wow' me enough to justify spending whatever on it. If VC titles are as cheep as they are on Wii, and if there's some good ones available at the start, i'm probably gonna end up going overboard buying them.

So I broke hahah. Opened my DS last night. My friend code is 1848-1677-5427. btw, I really like that they have "Gamer Cards" now hahah. Nintendo's really starting to learn what online gaming is all about.

Boy, the registration sure is fast. On the Wii and DS, after i have to wait a while after both people register each other for it to be completed, but with both you guys the very second i finished entering your codes it right away showed me your gamercards.

any new people from cs add me!!