26 replies to this topic

I liked the Ngamer tribute in there. And good job pointing out who the real villain of Mario Kart is: J9!

As promised, the 200cc racing that was planned for last week zoomed into our homes and hearts this week. For most of the night, 5 brave souls raced at breakneck speeds. Morgil raced for 5 races, but was having internet problems and bailed out. We're sure he spent the rest of the night crying to himself that he couldn't have fun with us ... hey, wait a minute ...

Anyway, the rest of us had a grand old time, with two players breaking 300 points, as usually happens with the extra 5 or 6 races that we get at 200cc.

Even though I started out looking like I'd come in a solid 4th or 5th all night, I somehow managed to battle Ngamer back for first place, and a new overall high-score for a tournament at 358 points (sorry Sam, you had other things to do, and so were unseated from your highest-score-ever status).

Not many surprises here since nobody dropped out or showed up late. Just pure racing amazement!

With Crazed's soundboard offline for the night, the only real excitement that we got was when Plant asked me to type some stuff so he could break my combo. The event was immortalized by Septapus as well.

While we had some interesting events (all relating to Blue Shells), such as Plant driving under me when I got clipped by a Blue Shell, a Blue Shell apparently targeting two different people because of lag, and Yori racing so fast on Mute City that the Blue Shell had a hard time catching up to her, none of the replays really did the events justice, so not much to visually share on that. Please understand.

Ngamer shared a short clip video in Discord, though!

Next week will be Smash on Wii U, celebrating Pokemans Day. Get the full scoop from the CC8 Bot, and be sure to show up to hear Plant marvel at his new Wii U GamePad battery!

Thanks to everyone who could race this week. Give yourself a hearty,

I liked the Ngamer tribute in there. And good job pointing out who the real villain of Mario Kart is: J9!

I've been suspicious of her villainous behavior for someone now. When I was playing against random players on the Wii U I ran into someone that was an excellent racer that looked awfully similar to J9.
Spoiler 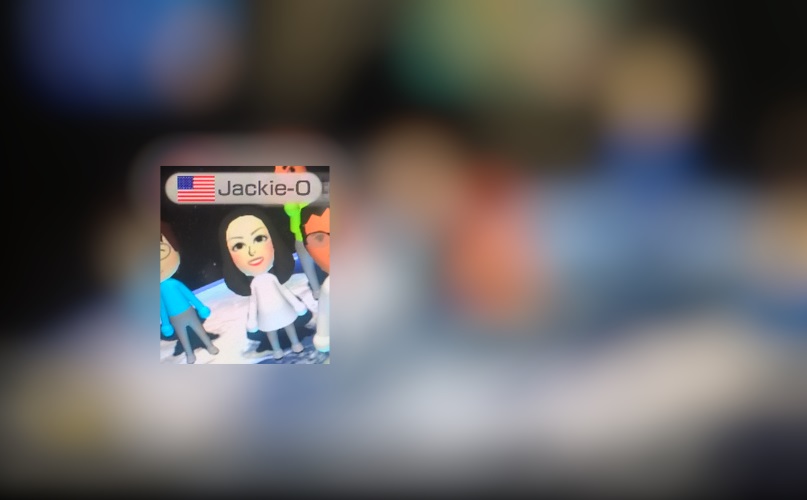 After last week, I now know the true nature of our wiggler-riding friend!

[...] a new overall high-score for a tournament at 358 points (sorry Sam, you had other things to do, and so were unseated from your highest-score-ever status).

That'll teach you to get your priorities straight, Teeter!

Now what to do about that Morgil...

Morgil raced for 5 races, but was having internet problems and bailed out. We're sure he spent the rest of the night crying to himself that he couldn't have fun with us ... hey, wait a minute ...

I did start playing that game after my internet crapped out on me, and if i had to guess, i'd probably say it must've finally fixed itself sometime while i was playing that so you could see my status. I really wasn't paying that much attention to whenever it went back online.

It was not long after uploading CC8s 2-15-18 I realized I skipped over a clip I wanted to add to that video. Initially, I decided to simply upload that clip as its own video, however it just seem too bare, so I spruced it up a bit by creating an intro.

Thinking it was odd to have a 6 second intro for a 10 second video, I decided to quickly throw in some of the clips that were left on the cutting room floor and call it a day, but I really got into it and did little post-production work.

I might do this more often as I have quite a few clips that seemed fun, but was unable to make it work with the final product.

Oh, and sorry about that popping sound, I don't know why that's happening. Hopefully I'll have it figured out by the next video.

For anyone who's wondering and doesn't know, all writeups, coordination, and general chatter about the CC8 Game Night are being done on the Discord server. Look here no longer for information.

As long as you have data presented in the form of graphs, I'll follow you to hell.