6 replies to this topic

If a recent rumor is to be believed, we might have a 10-year anniversary remaster of Tales of Vesperia on our hands.

Over here, we only got the original release of Tales of Vesperia on 360; however, within a year or so, Japan got an exclusive complete edition of Vesperia, exclusively on PS3. It contained a brand new playable character (Patty), full-time party presence of Flynn (the other character on the 360 American box art), new dungeons, new bosses, full voice acting throughout, new special moves (including the series staple "Indignation" conspicuously absent from the original release), new costumes, and more.

So what's the source and validity of this rumor?

Well, first of all, there's this URL that was discovered: http://tov10th.tales-ch.jp

>>Edit: The site is no longer password-protected.

"Gematsu heard from multiple sources that Bandai Namco will announce the Tales of Vesperia remaster at E3 2018, which runs from June 12 to 14 in Los Angeles."

I hope to hell and back that this rumor is legit (I believe it is). More importantly, I hope that we'll get it localized; otherwise I don't give a shit if it gets made or not. If so, they better get all the original VAs back to reprise their roles and fill in the additional lines of text from the complete PS3 release. But Tales Team has been awful about this in the past, which makes me fear we'll get a still-incomplete PS3 Vesperia at best.

The Villain of Mario Kart

I'd be interested to check this out. I loved being able to play other ps3 remasters i.e. Valkyria Chronicles. You talk about "Takes" so much I guess I should try it.

I would be so down for this if it’s a real thing. This is one of the Tales of games I always wanted to try.

It's official! Tales of Vesperia: Definitive Edition is coming to the US!

During the Xbox presentation of all things, Bamco blew the lid off this project... officially.

As stated before, the PS3 version had tons more spoken dialogue, and I am not convinced that that US "Definite Edition" will have any more spoken lines. All I have to do is look back at Tales of Symphonia Chronicles to see the backhanded way Tales team is handling Tales games to know where they're going with Vesperia. For starters, none of the 434 optional Skits were voiced. You just saw boxes with characters moving their mouths while subtitles displayed at the bottom of the screen. They only got a couple VAs back for ToS Chronicles, and others were replaced. As for the new moves, they had a different VAs call out the attack names, and it sounded awful. What I expect Bamco USA to do is simply leave the Skits unvoiced and pretend that we're not missing anything from our "Definitive" edition.

So, why am I so negative on this? I was actually quite optimistic after the end of the trailer, but shortly after the M$ briefing ended, I found this appalling screenshot which made me take note of something I overlooked during the reveal trailer. 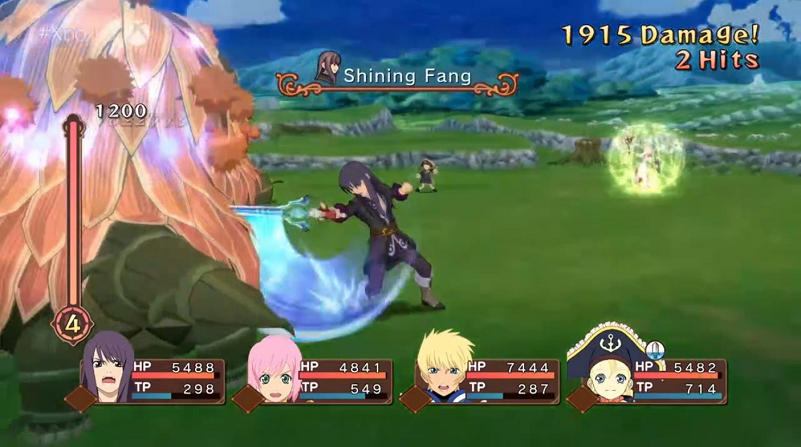 What's so bad about this? Take a look at that generic-ass, sans-serif font in the attack name, "Shining Fang." Tales of Vesperia on 360 gave you the option of 3 different fonts to choose from, and if I recall correctly, NONE of them were this garbage. They all looked nicer, like this, 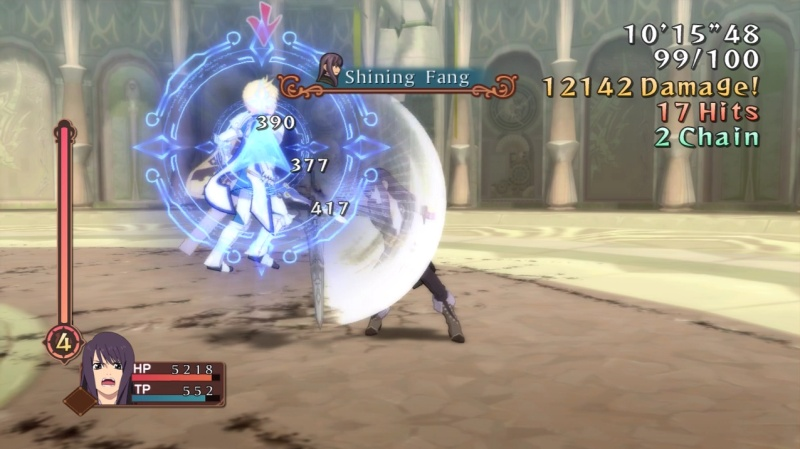 I can't even imagine what it takes for the dev team to fuck this up so bad. It's a simple port, so what the hell is with the botch job?! This was only the tip of the iceberg with the way in which they ruined Tales of Symphonia's HD port. The unique original text was reduced to plain garbage. 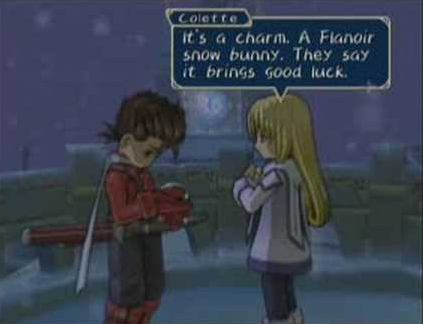 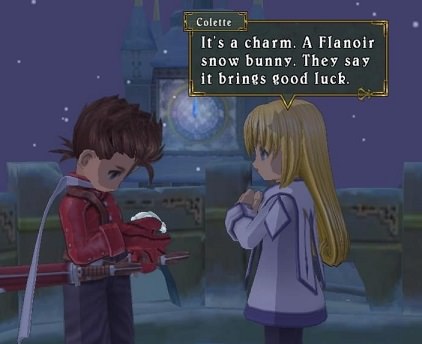 I already made an exhaustive post on the manner in which the HD port of Tales of Symphonia was worse than the original GCN version (despite being based on the JP-exclusive PS2 version with much more content the western versions never got--just like Vesperia PS3). I'm just happy the Definitive Edition of Vesperia seems to retain the 60fps framerate. ToS:C dropped from the GCN's 60fps down to 30 (or less?) on PS3. We've only had one brief look at the next-gen remaster of a game, and I'm already seeing evidence that they're going to mangle the definitive edition of the pinnacle of the Tales series...

Man, you're really stuck on the typography, aren't ya?

Man, you're really stuck on the typography, aren't ya?

If that's literally the only change, I won't be upset. But I'm telling you, this is evidence of a half-assed and incompletely defined "definitive" edition.

Instead of improving and enhancing the game's performance and content, they break other parts of the game so that you can't tell ever version you'd prefer to play. If I want to play Symphonia, I need to choose between the content-lacking GameCube version's 480p60 display stretched across my 55" TV, or the "definitive" HD remake with all the new content, along with a myriad of glitches that didn't exist before, and a jittery framerate that virtually nullifies the upgrade to 720p. If nothing else, I can see that this Vesperia remaster has retained its 60fps framerate.

Tales Team has gotten lazy, in addition to losing talent they once had before. And again, I'll be surprised if they get the old voice actors back to say their lives, and flesh out every line so that is on par with the Japanese version. If they do, I'll be overjoyed, though I bet it won't.

Can't wait to replay this on Switch!

BTW, what the heck happened to this place?  I know it wasn't the most active but there hasn't been any activity anywhere on the forum since I posted in this thread nearly a week ago.

Back to Gaming Discussion

Also tagged with one or more of these keywords: Tales of

0 user(s) are reading this topic