It's not too bad, you just gotta pretend that every planet is extremely foggy all the time: 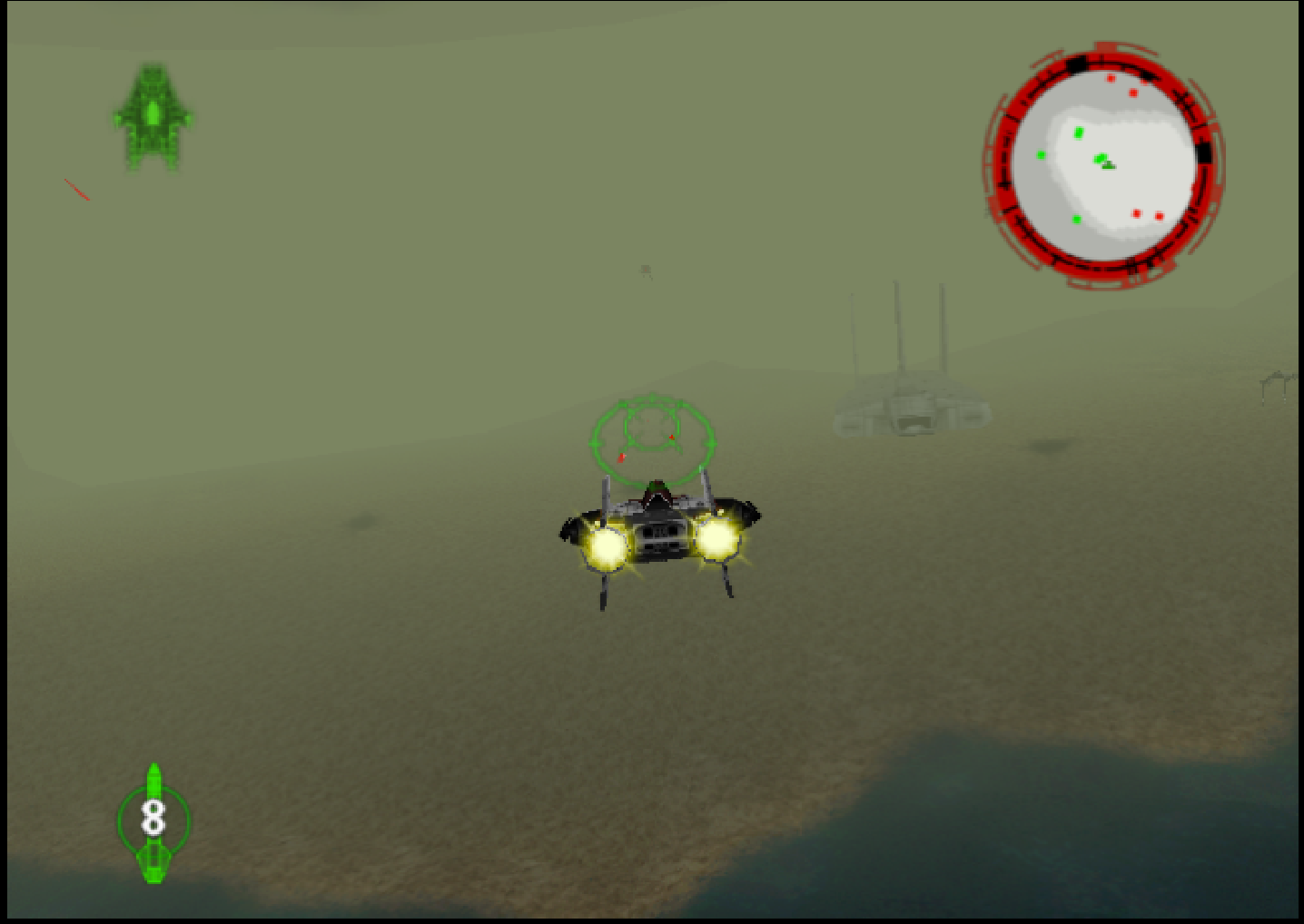 (To be fair, this level is probably the worst example of the fog in the game, but that's where I happened to be in-game :-] )

• EA being stupid and releasing more hastily made games. This is pretty much a given.

• Ubisoft being stupid and releasing more hastily made games. This is pretty much a given.

• Microsoft being stupid and racing Sony to make the newest hastily made console rehash. THE MOST POWERFUL CONSOLE, EVER.

• Sony being stupid and racing Microsoft to make the newest hastily made rehash. They'll probably do some VR stuff, too.

• Nintendo being Nintendo and releasing more odd games and spin-offs that most people don't find nearly as interesting as anything the fans would want. This is pretty much a given, considering they seem to ignore all the money they could make with releasing a new F-Zero, Metroid (that isn't a spin-off or remake of an old game), etc.

• Smash Bros. Hype. This is pretty much a given.

• More people looking awkward and hilarious while playing goofy VR games. This is pretty much a given.

• Video Game journalists and advertisers being completely out of touch with the people they try to inform. The amount of fake reactions to new stuff and bold exaggerations made by people who are obviously paid to promote things is really annoying.

Wild and hopeless dreams:
•Anything that would be awesome, like an F-Zero entry and a good Paper Mario game.

•Anything that would be neat, like a new entry into the Wars series, a new Wave Race, or Halo games being ported to PC.

•Some kind of new handheld that isn't a re-hash of the 3ds.

There's only one person who's qualified to make E3 predictions, and that's The Man. After 10 years of raising a small human, I'm imminently qualified to tell other people what to do, how to do it, and when I expect it done, so sit down and prepare to know exactly what's going to happen in a couple of weeks.

Hope in one hand, urine in the other ...

STFU, this poo-poo is NOT going to be there.

I've been playing some teenage mutant ninja turtles IV: turtles in time.
If there's one thing to take away from this game, it's Leatherhead's hilarious animations.

I played some 2020 super baseball for the neogeo on 2-player mode, and bomberman Generation for the Gamecube. Both are pretty good, but I never really seem to have enough time to finish a full game on super baseball.

I can see if I can do anything. I should have more time to join on this Thursday, given I finish my work before that night.

Sorry for missing the tourney, guys. I wont make any excuses, I should've been there.
Either way, red team won by the grace of...me?

"You shall not take the name of HAL in vain, for HAL will not hold him guiltless who takes his name in vain" (UNIX 25:3)

I've got some new work to do during the week now, so I will have to check if I can do anything for the tourney this week. I'm gonna make a big effort to at least show up this week, especially considering how I haven't attended any races in a while.

I'll see if I can drop by for a few races, depending on how late my prior obligation goes.

I should be able to make it for a bit this week. I'm gonna probably race with either my samus or fox amiibo outfit, so I might make a special mii for the tourney.

Thanks Torgo. I really liked the video. I appreciate the effort you put into it.

Thanks everybody for playing at the tourney (and for the song).

This is shaping up to be a real fun tourney! Hopefully the subs can sink those battleships.

I might be able to make it. If not, the ghost of the white shy guy will still haunt you during the tourney.

Thanks for including me in the video, Torgo!