...What? Move along now. I'm not going to make this page into a full bio or something.

The Pokémon Sword and Pokémon Shield games take place in the Galar region. Galar is an expansive region with diverse environments— an idyllic countryside, contemporary cities, thick forest, and craggy, snow-covered mountains. The people and the Pokémon who live there work together closely to develop the industries in the region. Fans will have the opportunity to visit various Gyms in the Galar region in their quest to become Champion. They will not be alone, since the newly discovered Pokémon they choose to be their first partner will be by their side.

“Pokémon Sword and Pokémon Shield are the latest exciting adventures in the Pokémon video game journey that began twenty-three years ago on this day,” said Mr. Ishihara. “Since then, Trainers around the world have discovered new Pokémon, engaged in epic battles, and made countless memories along the way. We look forward to continuing this journey by exploring a stunning new region in the Pokémon universe when the games launch later this year on Nintendo Switch.”

The adventure begins in Pokémon Sword and Pokémon Shield when players choose one of three new Pokémon—Grookey, Scorbunny, or Sobble. Grookey, a Grass-type Chimp Pokémon, is mischievous and full of boundless curiosity. Bursting with energy, Scorbunny, a Fire-type Rabbit Pokémon, is always running about. The stealthy Sobble, a Water-type Water Lizard Pokémon, shoots out attacks as it hides itself in water.

Pictures can be viewed here:  https://albumizr.com....php?key=lhmg#1

So say hello to Generation VIII people!  To me personally, I'm disappointed GameFREAK has gone back to "Game Boy" style Pokémon after shifting the formula with the Sun and Moon games.  I probably will pass on Sword and Shield unless something happens to change my mind.

“I really appreciate everything Reggie has done for Nintendo,” said Shuntaro Furukawa, President of Nintendo Co., Ltd. “Inside and outside our company, Reggie is known as an exceptional leader. We are grateful that he is leaving the business in good shape with strong momentum. While we will miss him and we wish him the very best in his retirement, we are also pleased to have such an able successor ready to step into that role. Doug Bowser and the rest of the team will ensure a seamless transition and continued momentum for Nintendo.”

“Nintendo owns a part of my heart forever,” Fils-Aime said. “It’s a part that is filled with gratitude – for the incredibly talented people I’ve worked with, for the opportunity to represent such a wonderful brand, and most of all, to feel like a member of the world’s most positive and enduring gamer community. As I look forward to departing in both good health and good humor, this is not ‘game over’ for me, but instead ‘leveling up’ to more time with my wife, family and friends.”

“It has been my great fortune to work with and be mentored by Reggie for four years at Nintendo of America,” Bowser said. “And rest assured, we will continue to build on his work to evolve and expand our brand, furthering Nintendo’s global mission of creating smiles. There are millions more of those to come.”

Fils-Aime started at Nintendo of America in 2003 as its Executive Vice President of Sales and Marketing and became its President and COO in May 2006. His time with Nintendo began during the Nintendo GameCube and Game Boy Advance era. His leadership of Nintendo’s largest territory expanded the audience for Nintendo products as phenomena like Nintendogs, Brain Age, Wii Sports and Wii Fit brought millions of new players to the world of video games. Fils-Aime’s management led to record-breaking sales for products like the Nintendo DS, Wii, Nintendo 3DS and Nintendo Switch systems. At the same time, he communicated innovative new product features to a mass audience via his strong and affable personality, making him a favorite of media, members of the video game industry and Nintendo fans alike.

During his tenure, Nintendo of America has expanded its physical presence in the U.S., having established a key sales and marketing office in Redwood City, California, and built a new NOA headquarters in Redmond, Washington, that has received awards for its environmentally friendly design.

Bowser is an industry veteran who joined NOA in May 2015 as the Vice President of Sales before being promoted to Senior Vice President of Sales and Marketing the next year. During his time at NOA, Bowser led the sales and marketing efforts for Nintendo Switch, which became the fastest-selling video game system of this hardware generation through 21 months, according to The NPD Group. Previously, Bowser was an executive with industry powerhouse Electronic Arts, most recently as the company’s Vice President of Global Business Planning. He also worked at Procter & Gamble in various sales leadership roles in Asia, Latin America and the U.S.

Say what you will about Reggie for better or worse, but one thing nobody can deny:  He was damn good at press relations and marketing (Wii U flub and 3DS early weakness aside).  We can only hope Bowser can do things just as well as Reggie did. 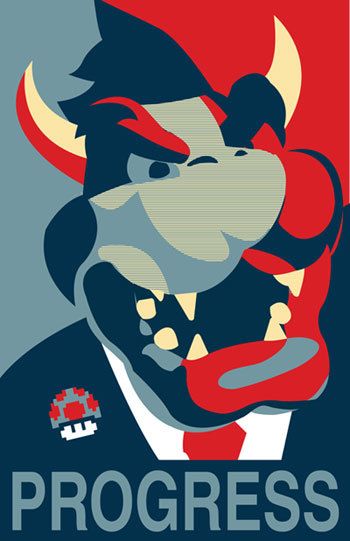 LOS ANGELES (Sept. 13, 2018) –SQUARE ENIX® today announced that several titles from the legendary FINAL FANTASY® series are coming to the Nintendo Switch™ system, the Xbox One family of devices including Xbox One X, PlayStation®4 computer entertainment system and STEAM®.

The fun starts with today’s release of FINAL FANTASY® XV POCKET EDITION HD for the Nintendo Switch, and the upcoming release of WORLD OF FINAL FANTASY® MAXIMA on November 6th. The Chocobo’s Dungeon series also returns for the first time in ten years with Chocobo’s Mystery Dungeon EVERY BUDDY!™ bound for release this winter. The remaining titles, including the return of co-op action RPG FINAL FANTASY® CRYSTAL CHRONICLES® Remastered Edition, will release in 2019.

The full list of the announced FINAL FANTASY titles...:

I've never had the chance to play some of these later FF games after they left Nintendo for Sony long ago.  I know some of the newer FFs might not be as good as older games, but I'd be willing to give some of them a shot.

The following was leaked/rumored last night out ahead of the SSB Ultimate Nintendo Direct later this morning (9 am Central).  I have not glanced at this, so viewer discretion is advised if you can't wait until 9 am Central.

Team Rocket (from the anime) will be coming back:  http://www.nintendol...kachu_and_eevee

So yesterday I finally finished the second DLC pack for Zelda: Breath of the Wild.  All-in-all, it was a good DLC pack.  The shrine puzzles were a bit obtuse at times, but the bonus dungeon was pretty good.  Once everything clicked, that dungeon became fun to do.  I still need practice at parrying Guardian lasers though.

The final boss of DLC pack 2 was a fun boss too!  Anyways here's the proof of my beating pack 2 (spoilers!):

So I got something to add onto my house in Hateno:

EDIT - If anyone is wondering what happened to my old pictures, I took them down. 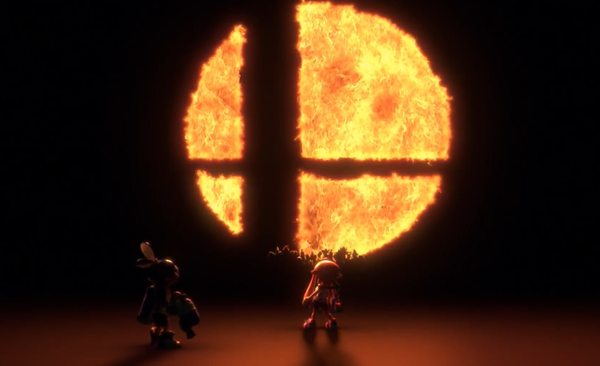 Announced at the March 8th, 2018 Nintendo Direct, Switch will be seeing a Super Smash Bros. game.  While we don't know if this game will be a sequel or a port of Sm4sh for Wii U/3DS, there are a few certain things.

1) Inklings from Splatoon look to be joining the fight in the Switch installment/port.

2) Link is rocking his Breath of the Wild look (Champion's Tunic).

Off the Hook amiibo announced (Splatoon 2 series) in Japan.  No word on a western release, but I'm sure it's just a matter of time.

If you haven't played GTA V any or in full, this will have spoilers.

Wailord probably will be too big for a playable fighter (Sakurai: laughs), but could be fine as a support character.  Bonus points if Skitty is the support partner to go with Wailord.  =V

I just want to quickly mention that I've reactivated notifications on my tablet since I've disabled the "Sync across clients" option.  So now I shouldn't be pinged on both my computer and tablet, just the tablet only.  So yeah if anyone wants to invite me for online gaming outside Mario Kart 8 night, you can ping me on Discord.  Just don't ping me for late/overnight play (I won't see it).

Here's a match I had after I left Zombies mode (I originally played Zombies to pass time while Nintendo was doing online maintenance).

I had forgotten how difficult playing Zombies solo can be (the fact I'm rusty and a novice doesn't help).  Still even a good round can go bad for an experienced player.