...What? Move along now. I'm not going to make this page into a full bio or something. 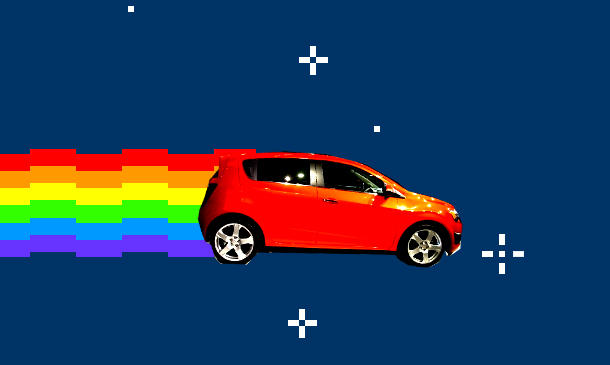 Anyways thank you Torgo for that montage!

I never asked for this.  Plant might've though.  =V

I don't know what to make of the following (as in does every trademark filing of new video games state the same thing or is there possibly something notable here):

In a trademark filing for RE 7, cartridges are listed under the formats the game will be offered in.  XBox One and PS4 do not use carts, but NX is rumored to.

But then again on the trademark listing, there's also listings for cassettes and tapes so...?

I'm nearing the end of Twilight Princess HD, but I've had a setback.  I friggin' died in the final floors of Cave of Shadows because apparently fairies do not activate when Wolf Link dies.  I do have the Zelda and Wolf Link amiibos for heart refills, but I don't know if Zelda's amiibo will be allowed to be used in the Cave of Shadows.

I'm also nearing the end of My Nintendo Picross:  Twilight Princess.  I'm on the Miicross puzzle now.  I am also playing several other games off-and-on.  When I'm done with both TPs, I'll probably focus on Pokken Tournament and maybe resume Tales of Phantasia on the side.

I finally got back on Blops 2 since the hiatus I went on following that match with a hacker that I pointed out in my last point.

I guess I won't get to play this until the end of next year or something.  Provided if I don't have to upgrade my phone first (Galaxy S4).  Oh wait.  I can just play the "Dash" levels on Super Mario Maker.  Silly me.  =P

Torgo has already seen these, but now you can see me getting screwed (or I screw up myself).

Part 3 goes up tomorrow.  I would have had the first two parts up sooner, but I took the Labor Day holiday weekend off and yesterday I had an eye doctor appointment that took way too long (and also I had my eyes dilated -- that was fun wearing shades for four-five hours; sarcasm by the way).

If anyone is checking back, the game has bombed in Europe.  In about a week/week and a half, we'll probably get a confirmation of it bombing in America too.

Pretty much if it's "objectionable" to a minor, you won't get paid by YouTube unless you clean up your video.

Anyways back to posting stuff found online/on YouTube.  I don't remember if I've ever mentioned brusspup, but if you like science and illusions, this guy has many videos on that.

Have a sample (brusspup is the camera operator and director of this video):

Nintendo has increased the expiration limit for Gold Coins on My Nintendo in that they will last a year now instead of six months.  Platinum Coins (including Miitomo ones) will still stay at expiring after six months.

Also tomorrow morning, Nintendo will put up a new batch of digital rewards and coupons to replace the ones expiring at today's end!

EDIT - Oh and before I forget.  When you use any Coins on My Nintendo, the oldest Coins earned in your history will get used up first like what Club Nintendo did back in the day.

More rumors have been released, but the rumor I want to point out is the rumor mill is saying Nintendo is finally doing a PS4 and adding a share button to the NX controller/system.  The button should work the same as PS4's share button, but you are free to upload to Miiverse, YouTube, Twitter, etc. after pressing the share button.

These rumors are not yet confirmed or rejected by Nintendo, so take these how you will.

The final part from last week.  I get a lil' comeback in the end for 3rd overall.

If you're a fan of Hyrule Historia (also localized by Dark Horse), Art & Artifacts will be released on February 21, 2017.  The book will have concept art and behind-the-scenes interviews regarding previous Zelda games and give a preview look into Breath of the Wild before its release later in 2017.

I don't know if anyone at CS follows the Olympics or even cares, but I just wanted to relay (ha!) a skit Japan (including several top creators like Nintendo and Bandai-Namco) put together to celebrate having the 2020 Summer Olympics.  You could watch this whole thing, but the most important part I want to highlight starts at 1:10.

If you find the tweet missing later, just know NBC and the Olympic Committee are super sensitive about copyrights.